Psalm 51: For the director of music. A psalm of David. When the prophet Nathan came to him after David had committed adultery with Bathsheba. 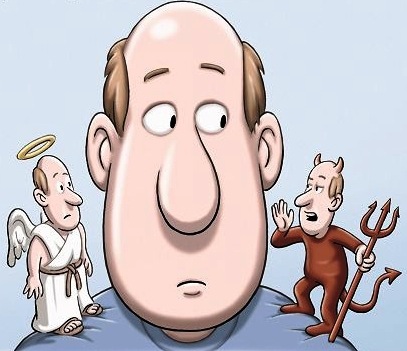 Controversy surrounds the debate about when the titles of individual Psalms were incorporated into the text. Some say they belong to very early editions, whilst other scholars disagree. Setting that aside for a moment, we can say with certainty that the heading, which appears at the top of Psalm 51 is historically accurate. We know this from 2nd Samuel 12. The prophet Nathan goes to David and challenges him wisely and winsomely about the king’s illicit sexual involvement with Bathsheba and the hand he played in the demise of her husband, Uriah the Hittite. So, in reality, if it were not for the concern and courage of a friend who was prepared to speak out against what was wrong, David might have continued on his sinful path, and we would never have benefitted from the words of this great Psalm. Clearly, the LORD has many different ways of communicating with His people. But, often His word of encouragement or rebuke does comes to us through another individual, whose opinions we respect. How is God speaking to you today? What is He saying? And, are you prepared to listen, as well as align your life with His truth? Or, just maybe you are the person whom God is calling to be the conscience of a friend you see headed for trouble. Ask the LORD to give you the opportunity and grace to speak the truth in love, bringing a good thing out of bad. Following God’s timing and His leading, it may even be possible for you to intervene before things become really unpleasant for everyone involved.